Moles are commonly brown or black growths found on the skin and can appear anywhere on the skin. They develop in early childhood and during the first 25 years of a person’s life. They can appear on children and will often change over time. Some adults can have 10 to 40 moles, and this is normal.

Moles occur when skin cells grow in a cluster instead of being spread out. These cells, called melanocytes, give skin its natural color. They often darken during exposure to sun, pregnancy, and during teen years. They can appear on areas of the skin that are exposed to the sun, like hands, arms, neck, face, and back.

The majority of moles are not cancerous. If you see a change in a mole’s color, height, size, or shape, you should set up an appointment with your dermatologist. Other warning signs of harmful moles are ones that bleed, ooze, itch, or experience pain or tenderness. 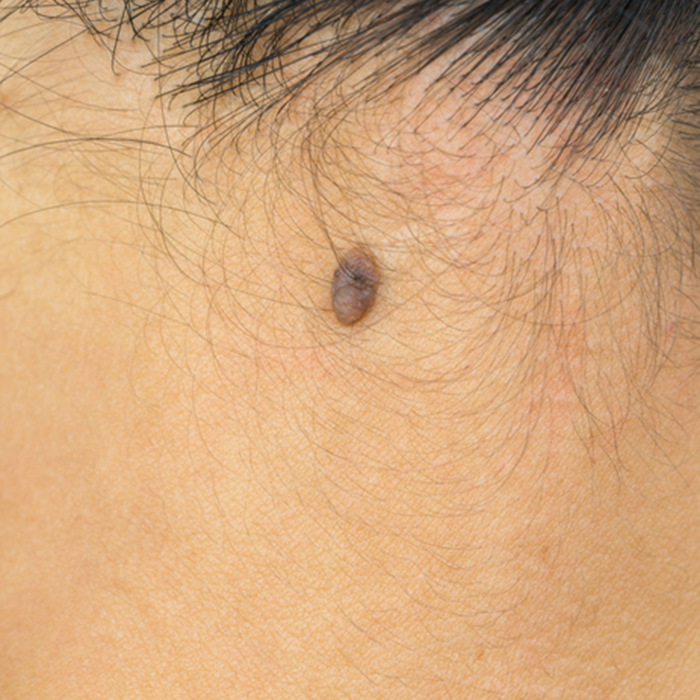